As a city of 700,000, Winnipeg is too small to be cosmopolitan but too large to be folksy. Big-city complaints about violent crime compete with small-town gripes about the absence of privacy and if you’re single, a terribly shallow gene pool.

-Bartley Kives, Stuck in the Middle: Dissenting Views of Winnipeg 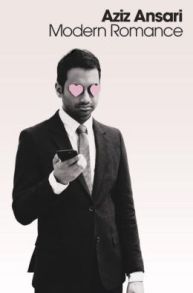 A few months ago, I took out Modern Romance out of the library. I managed to whiz through the book in a week with its hilarious, and well-researched, look at dating both past and present. One chapter sticking with me talked about places with smaller concentrations of single people. He used Monroe, New York and Wichita, Kansas. He might as well described Winnipeg, Manitoba.

Growing up in East Kildonan, if you didn’t meet the love of your life, or at least, your first husband/wife before that second or third marriage, you would end up that single friend people wonder why they remained single.

“They’re a great (guy/girl), I don’t know why he/she is still single,” says one person over at a barbeque. “She’s too picky,” says another and it’s always in regards to women if picky gets brought up. I don’t hear men get told they’re too picky. Women, on the other hand, seem to get it all the time, or the vast majority. I offer the theological approach to singleness. I hear “God has not found the right one” or “God needs to make me ready.” It works for some people, but it doesn’t work for me. It’s a topic requiring a separate post and one I tread carefully. Some people wholeheartedly believe it, and it sustains their single journey, even gives the period some meaning.

I knew someone who bragged about St. Jude interceding on her behalf. I take a deep breath and remember the infatuations to go with the all-out competition over one guy or another. I can cast that stone having done both. I have learned to value my company, stopped looking, blah, blah, blah. I have also learned to give the advice of well-meaning people a pound of salt, not a grain.

It’s spring, and every person’s fancy turns to love or to see if love does happen. Put me in the latter camp. The only time I acutely felt my singleness on my trip, happened at Top of the Rock. Couples snuggled under their smartphones to capture their togetherness with the symbol of that togetherness behind them: The Empire State Building. It lasted for a moment, but when I returned the nagging returned. I thought let’s give online dating another try, one last time.

A friend of mine suggested Lifemates; It worked for her. Lavalife worked for someone I knew. Match.com worked for someone else. In the end, I signed up for Match and uploaded some pictures, wrote a pity story about being Top of the Rock, and began waiting. I wrote five emails and began waiting. I got an email from someone clearly not compatible and used Match’s ready-made rejection button. I got a few of those form emails the last time on Match.com.

Ever wonder if you’re that person who never finds anyone? The one who was not the one for someone? The woman never called the ‘dream girl’ or even considered as one? I wonder about it. Some women just naturally take to being a wife or a girlfriend. They never think twice about it. Others desperately go for someone, anyone, to not be alone, or they never reconcile the questions and turn cynical towards love. I asked myself why would I sign up for Match and deal with guys dismissing my picture, without looking at my profile or feeling it’s not worth even one date. It sounds masochistic, but I want an answer to one question. Am I someone’s dream girl? What if I am not?

I feel strangely free this time around at Match. I don’t want to contort myself to win love, and I don’t want a guy to do the same. If I end my time, and I plan to give myself one more year, and nothing happens it doesn’t destroy me. It used to but not this time. You see, I finally started to fall in love with my life. I kept wondering why I felt homesick for New York, and I realized the city woke me up. I wandered along in a city of millions, in the footsteps of writers revelling in their solitude. To quote Jann Arden, ‘I am not lonely swear to God I’m just alone.’