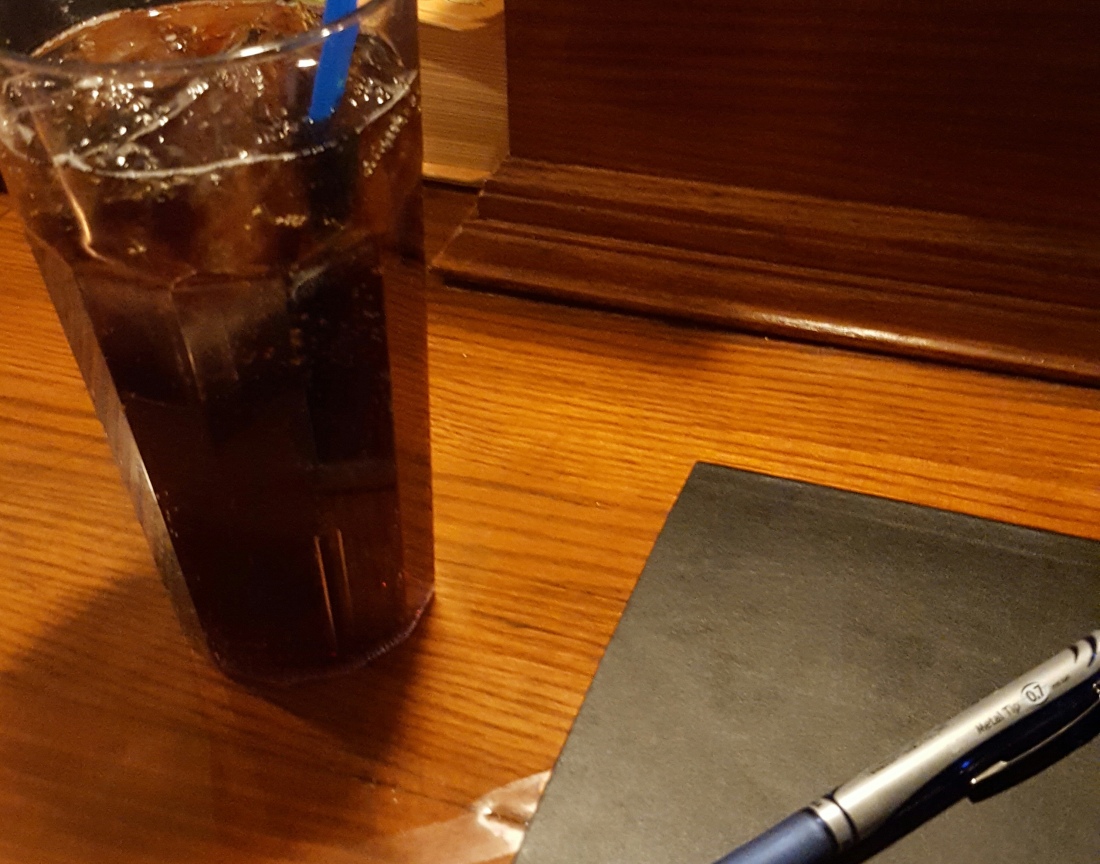 I could go home, have a snack, then come back but I know myself too well. One of the things learned training for a half marathon, yes I did that, was my head got in the way. Nobody knows over thinking turned second nature until one looks up from the bottom of a hole, dug by ruminating over an issue. If I go home, I will talk myself out of going on stage. I have a legit excuse with an allergy ridden head.

Right now, the head calmed down, I ate, yet my hands shook holding my burger. Stop it! I thought as I munched, it’s 4 minutes or less. If you bomb, you bomb. You had much worse. Still anxious, I decided to sit with the anxiety. Stage fright was one tiny reason.

Mom’s surgery gave me nerves, requiring deep breaths to slow my rabbiting pulse.  I do have an older sibling, I know people caring for older parents on their own. Again, it’s  a tiny part.

Call it an approaching midlife anxiety, not a crisis.  I reached the other side of 40, unmarried and childless yet still alive. What felt like the worse thing imagined has its downsides, but it’s not tragic. I also felt a little guilty for doing things like taking acting or comedy courses. By little, I mean a spec but it’s  still there. I cut down on the self-inflicted moments and nothing I can do about people wanting to turn the knife.

Tonight, I  will laugh and hopefully make others laugh. Perhaps laughter best medicates existential angst. If that doesn’t work, wine sometimes helps up to a limit.

One thought on “Open Mic Jitters: The Anxious Sequel”